Posted by jim schmotzer at 6:29 PM No comments:

The clothes make the man?

Posted by jim schmotzer at 8:14 PM No comments:

But more,
For daily life and fear and pain
That must seem
Impossible and unending

And lit a candle
Thinking of you
And hoping for something better,
Anything, better

So I quit,
Quit lighting candles,
That is, not prayers,
And left 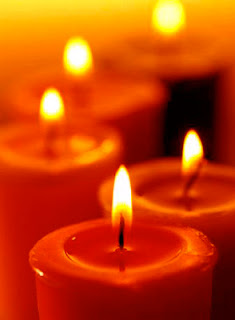 Ten things I experienced in 2012

2011 was a year of drastic change for me. Some family members and friends were also caught in the fall out, some by choice, others by proximity. I tried to gather my thoughts when I wrote “Ten things I didn’t expect in 2011” for catapult a year ago.
Part of the uniqueness of my transition was moving away from “full-time ministry.” For over thirty years, some ministry paid me. Camp, church and campus setting were all part of my career path. Ministries have full, specific calendars. The lines between work and personal are often blurred, at times disappearing. Now I look back on a full year in this new place. All significant dates and events have been passed at least once.
So, here are some of my thoughts after a full year on this side of my most recent life upheaval.
Going into the New Year I hope that we don’t all fall off the fiscal cliff; that war and violence would end (or at least be diminished); that culture wars won’t devour the energy we could focus on actual change and movement toward “the common grace for the Common good”; that my family and friends will be well and enjoy life together; that I am able to continue helping others through my work while picking up a few new clients and projects that will result in some added income; that the Seahawks go deep into the playoffs; that the Mariners won’t be quite as awful as they were last year…okay, for the last decade. Other than that, I all I ask is that:
… God will continue to have mercy on us all.

Posted by jim schmotzer at 7:18 AM No comments: