In the midst of the pandemic I found support from family, friends, long walks and good tea. Additionally I either lost myself or found myself (depending on the moment and medium) through video, film, books, music and podcasts. This is not a "best of" list, yet each of these grabbed my heart and/or mind in a needed way, at the right time. Maybe you'll find some gems for the next steps of your journey.
BOOKS
A few others not to miss are How the South Won the Civil War, Heather Cox Richardson (her daily evaluation of politics and news were the source of sanity throughout the election) , All the Real Indians Died Off, Roxanne Dunbar-Ortiz, Being Mortal, Atul Gawande, Later, Paul Lisicky, White Rage, Carol Anderson and the Myth of the American Dream, D. L. Mayfield (I promise, I'll stop...soon).
MUSIC
Also, don't miss The Rope Walker Radio Show on Facebook or YouTube. Difficult to explain, easy to love.
FILM & VIDEO
PODCASTS
THE WRAP

I'll close with a poem I wrote in May that captures some of the pressures and hopes of the year: 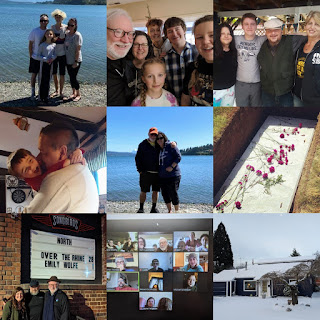 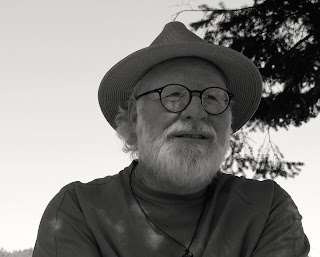 childhood of neighborhood adventures and friends

Michael and Kyle arrived in the early ‘80’s

exhilarating, confusing and, at times, a train wreck

struggles with institutions said as much about him

as about the organizations

publicly perceived as calm and steady

for the day when justice and peace would embrace

and bring the fullness of shalom

died: although his death date may be established it is not yet widely known

Obituary revisited for my Mom (BLSH) 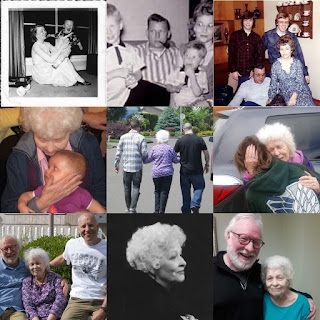 raised in “the country”

moved to “the city” during “the war”

he argued (fought?) with his mother,

at the reception, then drank the evening away, alone

while Barbara was crying, alone

worked so hard to be

while always on the edge of her own despair

grasping for that which she could not have or hold

eventually a new home and husband

until age and failing health brought a

darkness too soon, too long before the end,

that long desired love and security

which perished with her Daddy,

oh, so long ago

Obituary revisited for my Dad, JES 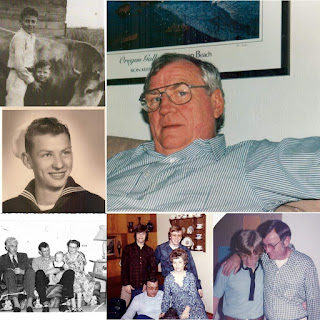 Portland born and east side raised

by teen years he had distanced from his parents,

maybe his choice, maybe theirs, probably both

followed his brothers dropping out

and joining the military to “see the world,”

got stuck in Guam

returned home and reconnected with Barbara

she broke her engagement, to another,

after an argument (fight?) at the reception

with Estelle, his mother, he spent the night alone, drinking

Barbara spent hers alone and crying

settled in the suburbs

known for being honest and hardworking, at work

unpredictable, at times irresponsible, at home

climbed the ladder, leaving Barbara behind, far behind

to Barbara’s one time best friend

became attentive to kids and grandkids

heart attack in ‘96 ushered in a pain filled year

with cancer having the final word

Posted by jim schmotzer at 12:48 PM No comments:

Sure taught ‘em (the Corona Chronicles)

News spread that teenagers had organized a “Black Lives Matter” March. Never before had such things happened in this small “Christian” town.

Sunday about 200 locals walked from the high school toward downtown. Hecklers roared by in big trucks while others stood on porches and under awnings, many flashing rifles, taunting the teens with, “Blue Lives Matter,” “USA,” and “Go back home.” Some stooped to, “Black Lives Don’t Matter.”

The kids held together, chanting in unison and encouraging that all, “Love one another.”

As marchers dispersed an old timer was heard saying, “Sure taught ‘em what Christian America is all about.”

After reading books I ran away to join the circus but couldn’t find it anywhere.

Jumped a train, headed west to see whatever it was that Greely promised. Discovered it was long gone and sadly forgotten.

I found a Montana ranch and tried to be a cowboy. But it was nothing like TV promised.

Stowing away on a plane was my last hope. Finding myself with hypothermia in an unknown hospital was my crushing disappointment.

I went to college, got a job, married and had kids. Like they said I should. And this is where my story ends.

Maybe the end of (the Corona Chronicles) 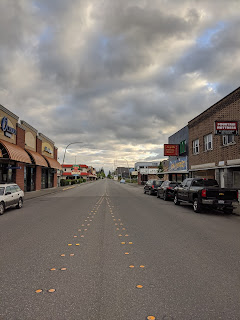 story 1 - The end of the world

It’s my 16th birthday and this quarantine is the end of the world.

Think about it. No driving to school with my new license. No school day with balloons, flowers, somebody bringing me a coffee drink, teachers letting me slide and everybody saying, “Happy Birthday.” No ditching campus with friends to get a decent lunch. No Starbucks run after school. No party with my best friends. No staying out late with my boyfriend and not getting in trouble from my parents because it’s my DAY.

Like I said, it’s the end of the world.

My Grandma, your Great-Great Grandma, she told me. About 100 years ago, long before you were born, the virus came and life shut down. Everybody strayed home, didn’t go to work, school, restaurants or shopping.

She said it wasn’t that tough until Grandpa got sick. He was tested and she was praying that it wasn’t the virus. It was. He had to go to the hospital. No visitors, not even Grandma. She got updates saying he was fading and she knew before the final call arrived.

I can tell you the sadness of loss never left her.

“…sharp knife and cheap booze, maybe drugs. So much blood.” The EMT shook his head while transferring the patient to the ER staff.

“He mumbled something about, “How do you know when the germs are gone?” I think he passed out trying to cut off the other one. Wouldn’t have made it here if his sister hadn’t checked in on him.”

“I think she’s brought him in before. Some mental health thing.”

“Sad stuff. She told us he’s never really returned from that tour of duty in Afghanistan.”

Always knew I came to “The Villa” to die. The virus ramped up that reality. We’ve been designated a hot spot. I want to see my kids and grandkids. They say no one’s coming or going.

We fly the clubhouse flag at half-mast when a resident dies. Usually happens once a week. Seems like it’s down more than up now.

Schultz started a pool. You pick an hour block each day predicting when someone will die. I made a couple hundred bucks on Tuesday.

Sounds morbid, but wait until you hit this stage, see what you do for fun.